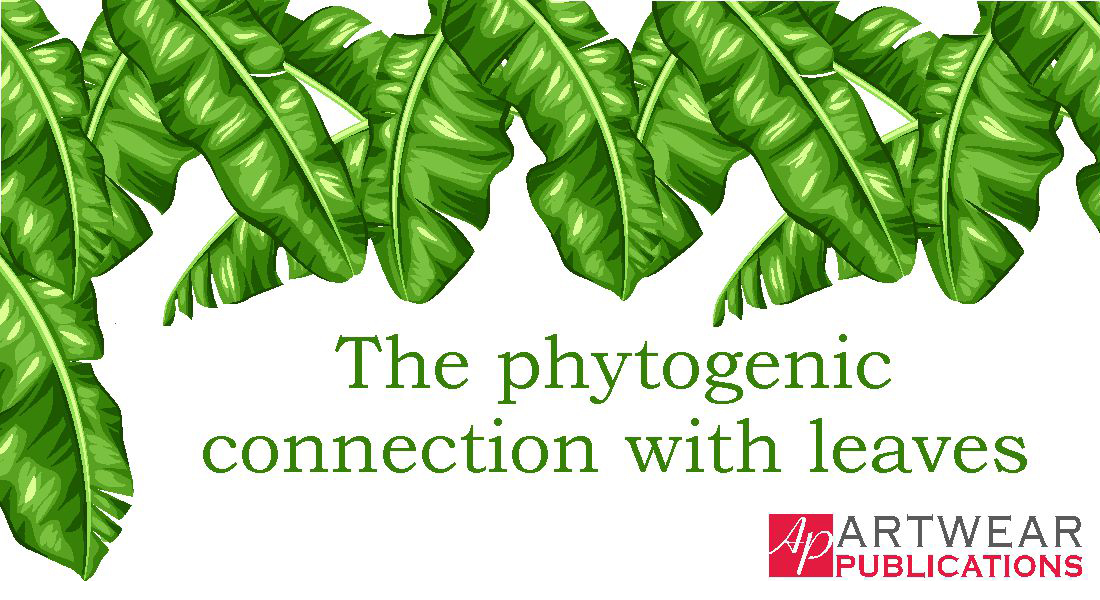 20 Feb The phytogenic connection with leaves.

In the March issue of Embellish we have drawn on inspiration from Leaves. In this article, Gaayathri Periasami writes of her love affair with banana leaves.

Due to the helter-skelter of life, it’s not often we realise this, but we crave genuine connections.

While it seems that a deep and soul-stirring connection is what every human is searching for, it wouldn’t be accurate to say that we are just seeking this with another human. It extends to animals, inanimate objects, and with other living things such as plants. That languageless kinship we feel with plants or trees is surreal, though many people talk to their ‘green’ friends.  However, the kinship is not steeped in something as dramatic as a religious or shamanistic ritual. This kinship is readily expressed through simple, daily activities—a walk in the woods, hiking by the stream, stopping to smell the roses.

Given my South Indian heritage and growing up in Singapore, as far back as I can remember my childhood was always filled with food, fruits and holy leaves. These were not just abundant during family functions or gatherings, but also during ceremonial prayers to Hindu gods. The single most used offering fruit is the banana, as it is undisputedly considered the most sacred in Hindu rituals. Every part of a plantain (banana tree) is used for some purpose, such as its trunk being used to erect welcoming gates at weddings and festivals and its leaves being used to serve food for guests. 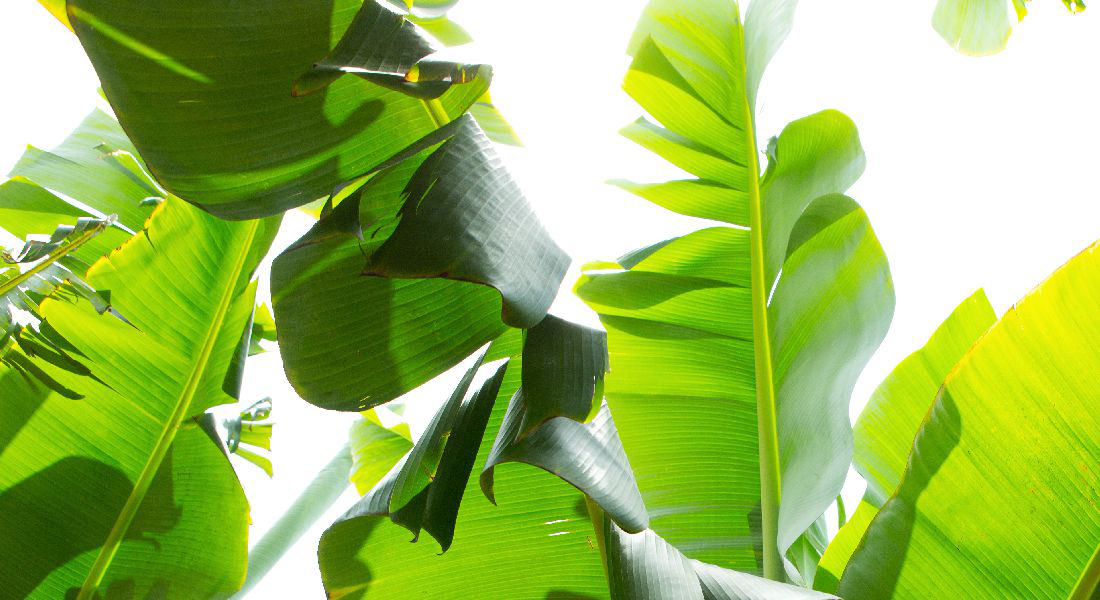 Legend has it that one of the Hindu gods, Rishi Durvasa, imposed a curse on his wife when she interrupted his sleep, and he turned her into a banana tree. His wife pleaded with him to alter the curse and make her a special and holy plant on Earth while she lived the rest of her life as a plant. It is believed that Durvasa granted her wish and since then, banana leaves were worshipped for their sanctity.

A large part of South Indian heritage is getting used to loud music and very extravagant weddings. The opulence and grandeur of Indian weddings is something that I never understood growing up, much to my chagrin. The grandioseness seemed meaningless to me every time I attended a wedding with my family, yet I found an unexplainable solace in the banana leaves at the weddings, especially when they were used as plates to serve the food for guests.

Even as I write this article, I can visualise the texture as I ran my fingers over the smoothness of the leaves, or when I tried to peel the frayed ends.

When researching for this article, I came across other interesting facts about banana leaves.

While the Hindus believe that this leaf is powerful enough to spiritually cleanse your mind and bring lots of goodness and prosperity into your life, scientifically, banana leaves are bio-adhesives. This means, at the right temperatures, banana leaves are strong enough to remove soil from metal plates, such as iron plates, which makes them good contenders for physical cleansing of a metallic surface.

My love affair with banana leaves continued when a social enterprise, Happily Made, contacted me recently and asked if I could customise bamboo blankets with wooden block prints of banana leaves. The entire process was so intriguing and beautiful, from getting the measurements of the leaf print to the tracing of the designs onto the wooden blocks and then the actual carving followed by the hand block printing.

We hired a professional photographer to capture the beautiful process and the set of collections he delivered were just stunning. A good photograph has the power to transport viewers into another world or dimension and these photos came close to doing just that. 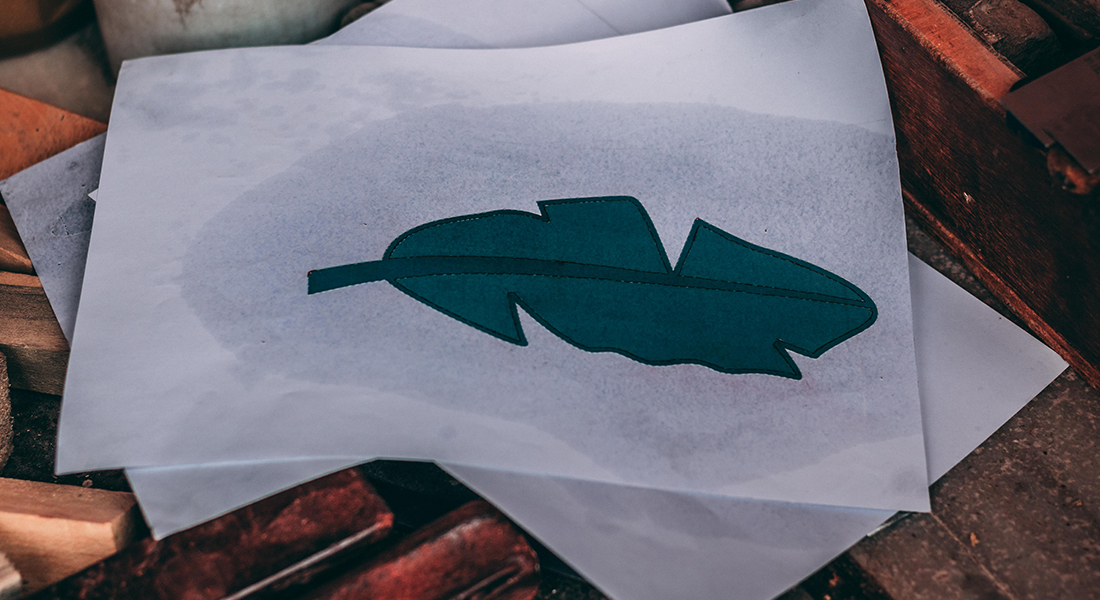 Throughout the whole process, it was amazing to see Veronica Sherman, founder of Happily Made, so passionate about the whole process— from getting the exact shade of the leaves to the precise measurements and where the block prints should be placed onto the bamboo rayon fabric. The moment she said she feels so deeply connected with these blankets, because they are going to make a genuine difference in the life of someone, I felt her passion and connection with these beautiful textiles as well. 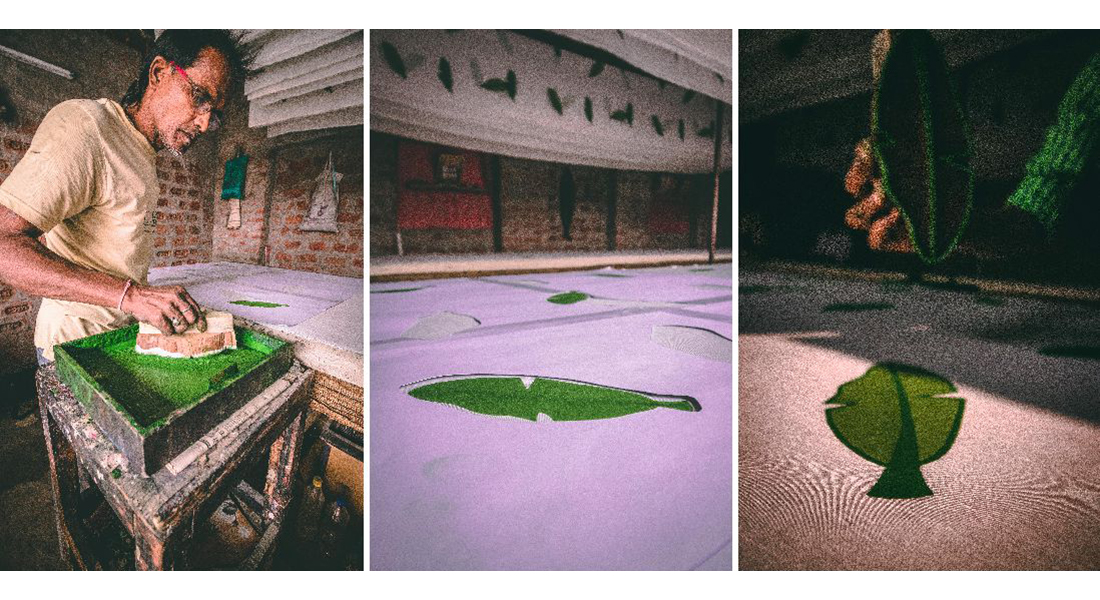 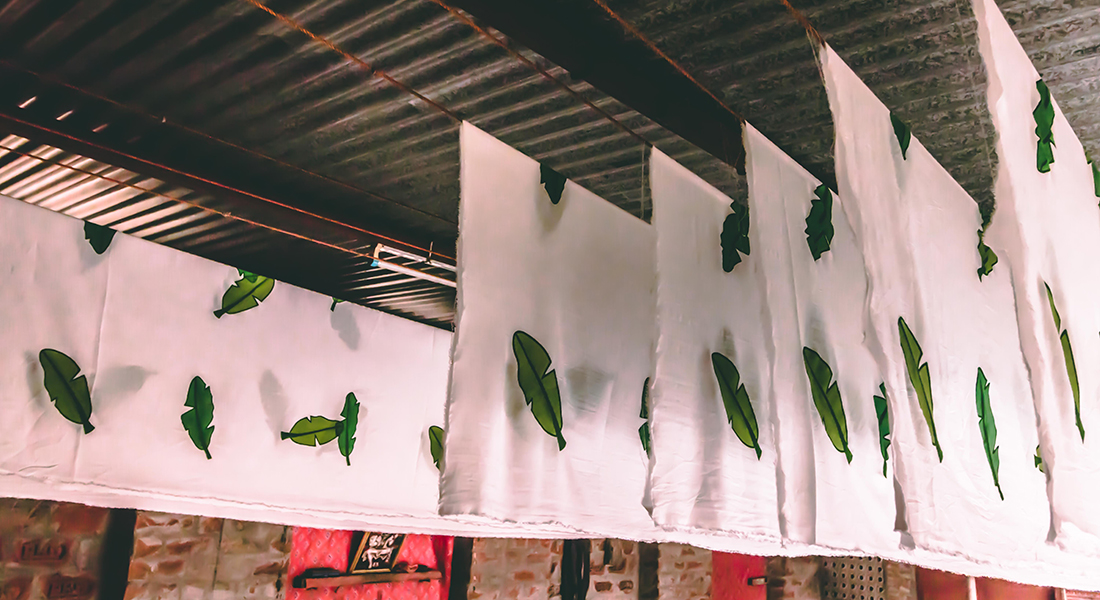 Through writing this article it dawned on me how much botanicals were a fundamental aspect of my branding, and how much I used them to master the art of storytelling and to connect with my audience. The botanicals mixed to naturally dye our quilts, the plants and ayurvedic herbs used to dye our Kateson onesies, the leaves that are crushed and mixed to dye our fair trade toys. All of them tell a very compelling story. 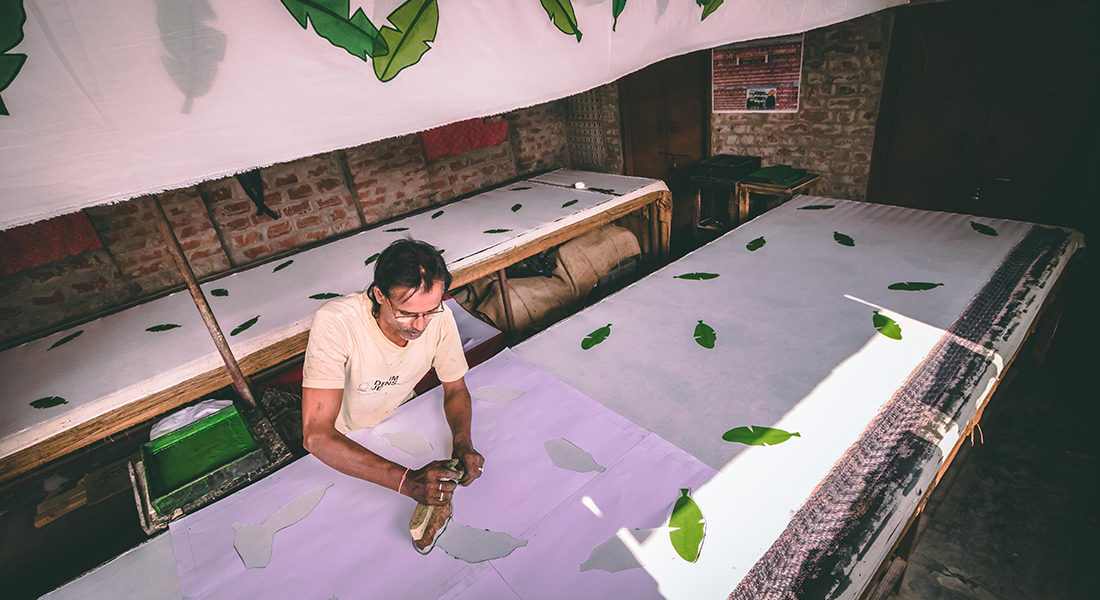 Even in death, a leaf breathes life, because each dead leaf goes back into the soil and the nutrients released though decomposition are critical to growth and living, much like how they are critical to my business growth and ultimately, my connections. 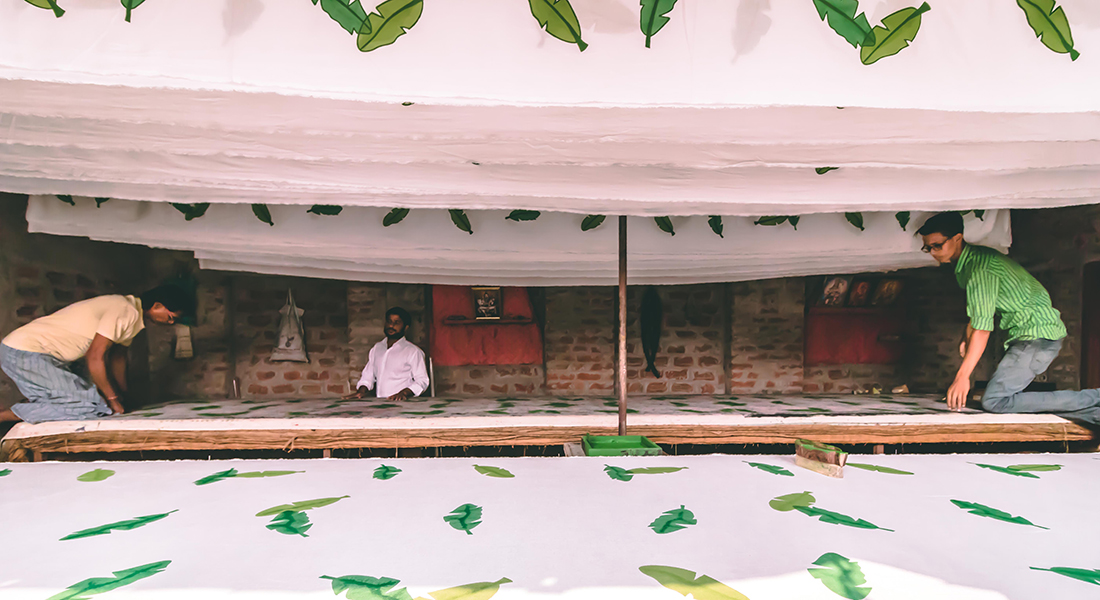 Thank you to Veronica Sherman (of Happily Made) for the photos of the processes involved.